Quote for the Day

Letter to Editor: The Cadilac Paper

I am both a parent and a minister. I do not believe that stigma and shame are appropriate methods in helping my son, Carter (age 3) learn about his sexuality.
Stigma and shame are indeed powerful forces, but they turn up in unexpected ways and are not what we hope healthy adults or children need to deal with.

I also find it ironic that the letter which inspired me to respond was written by a fellow Christian. For our Savior Jesus Christ was born to a teenage mother, who to the outside world had a very strange story about her own pregnancy.

I believe the gospel record that Mary and Joseph were good parents to Jesus and I thank God that Jesus was not “ripped from [Mary’s] arms and spirited away into private adoption . . . never [to] see the child again.”

Rev. Todd Elkins
Evart
Posted by Todd at 3:25 AM No comments:

To Form a More Perfect Union

A new addition to the Todd, Blog a Verse. The Union of Concerned Priesthood, Members & Friends
is a place for people of faith (especially members of the Community of Christ) to network and find ways to connection together and live out the gospel.

This, of course, is an unofficial site and not sponsored or endorsed by the Community of Christ. Mention of the Church name is for identification purposes only.
Posted by Todd at 10:18 AM No comments:

At the Elkins' household in Michigan today, we received a call from Citizens United. Of course, they wanted money, in this case to help stop Obama's "radical socialist" agenda. According to their website:

Citizens United Productions examines the phenomenon that is Barack Obama. HYPE: The Obama Effect examines the Junior Senator from Illinois and his record. Is he the new Kennedy or recycled Jimmy Carter?

Just a tip to the kids out there. Whenever they ask a question like that, they also put what they consider the worst phrase at the end. A recycled Jimmy Carter? Like that is a bad thing.

Yes, my son is named after the 39th president of the United States and so I simply told them that I wouldn't stand for people dividing our country like that on the right or the left and asked to be put on their do not call list.

If you disagree and wish to give money to these SOBs, please do so using the web address above.
Posted by Todd at 6:06 PM No comments: 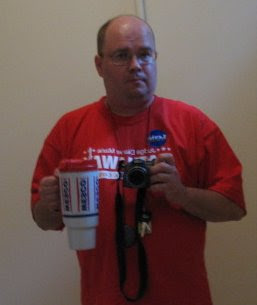